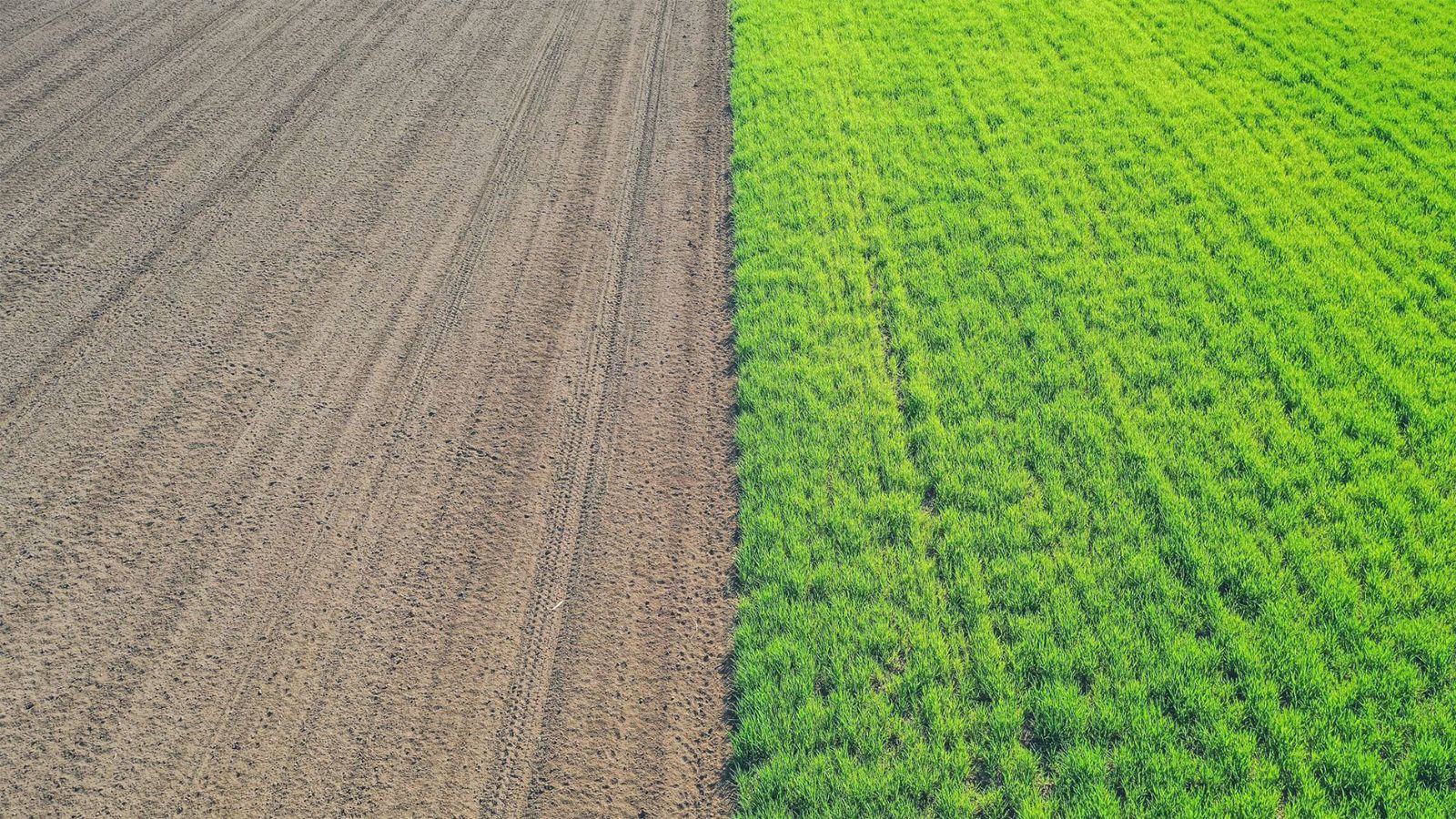 On Wednesday 12 January 2022, the British Society of Soil Science (BSSS) hosted a webinar focussing on regenerative agriculture as part of the webinar series, Zoom into Soil. We would like to express our thanks to both the speakers who provided fascinating talks and the 328 delegates who attended. The webinar was free to attend and is available to watch back, along with past webinars, on the BSSS YouTube channel.

The seminar was hosted by BSSS Executive Officer, Sarah Garry, and supported by ADAS in collaboration with the British Ecological Society (BES). Proceedings were opened by Daniela Russi, Senior Policy Manager at BES, who summarised the wide extent of the work that BES undertakes, supporting ecologists at all career stages and producing 8 journals. John Williams, Head of the Soils and Nutrient Group at ADAS, followed this by summarising the research and advisory work that ADAS undertakes across the UK covering all aspects of soil, land, and agricultural management.

To provide the seminar content, we were delighted to welcome Dr Anne Bhogal and Professor Richard Bardgett to present their expert knowledge on the topical subject of regenerative agriculture. 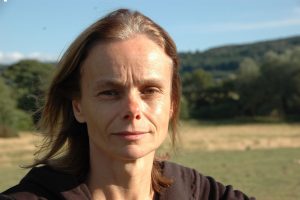 Dr Anne Bhogal is a Senior Soil Scientist at ADAS and is involved in the research and development of policies on soil and nutrient management. She has particular interest in the impact of organic amendments and cover cropping on soil quality, carbon storage, and nutrient cycling. She is currently leading the AHDB Soil Biology and Health Partnership field experimentation programme and is a FACTS qualified advisor as well as a Fellow of the British Society of Soil Science. 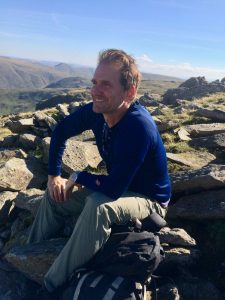 Prof Richard Bardgett is a British ecologist and Professor of Ecology at the University of Manchester. His research interests are focussed on understanding how soil biodiversity regulates the function of natural and agricultural ecosystems, with a focus on grasslands. More recently, his research on soils and their ecology has been focussed on issues such as sustainable soil management, biodiversity restoration, and climate change mitigation. Richard’s research has led to mechanistic and conceptual advances in the area of plant-soil interactions, with a particular focus on understanding impacts of plants on soil microbial communities and feedback consequences for plant growth and ecosystem processes, especially carbon and nitrogen cycling. He is currently a member of DEFRA’s Science Advisory Council and has previously served as President of the British Ecological Society.

Both Dr Bhogal and Prof Bardgett began their talks outlining the widespread interest and reporting of the term ‘Regenerative Agriculture’ in the press in recent years. Even though the term has not been used widely in academic literature thus far, it has become increasingly prominent amongst policy makers and practitioners. There seem to be many definitions of the term used, which are dependent on the context and the desirable outcomes of the agricultural system. Both speakers agreed that the premise of regenerative agriculture principals is to go beyond just sustaining the environment, but to restore and enhance ecosystem services. As a result, soil management is generally a key focus of the regenerative agricultural practices that are widely used.

Both speakers summarised what are generally considered to be important practices associated with regenerative agriculture:

The majority of soil functions are underpinned by the biological decomposition of Soil Organic Matter (SOM). Dr Bhogal explained that SOM influences many soil functions and could be described as the major currency in all soil systems. As such, it is widely considered to be an appropriate indicator of soil health.

Building SOM can help to improve the soils aggregate stability, water retention and infiltration, cation exchange capacity, and improve biological activity by providing a food and habitat source. In agronomic terms, this translates into improved nutrient and water capture for crops, as well as reductions in pollution events. These points can combine to create agricultural systems with improved consistency of production and greater resilience to challenging conditions, and ultimately reduced crop production costs for farmers.

So, how do we know if our soils are degraded? And what is a good level of organic matter in a soil? Dr Bhogal discussed how many researchers have tried to answer these key questions over the years and have concluded that there is not an easily defined SOM ‘critical level’ which soil functions become impaired. This is because the SOM content is heavily influenced by the soils clay content and total precipitation of the region. Therefore, soils can be benchmarked against a range of typical values from soils with similar precipitation rate and clay content to get an understanding of how the SOM level compares to a benchmark.

Generally in soils where management practices have not changed in a significant time period, the SOM level will have reached an equilibrium, where the inputs of organic matter are equal to the total output. However, when the soil management is altered, either by increasing organic input to the soil or by slowing the decomposition process, do we begin to see changes to the total SOM? Initially the rate of these changes is rapid, which gradually slows as the soil approaches the new equilibrium. Dr Bhogal commented that the ability of the soil to build organic matter is a finite process, with the initial rapid accumulation not typically being sustained over time. She also emphasised that any positive changes are also rapidly reversed with negative alterations to the soil management.

Prof Bardgett focused his talk on how we can foster biodiversity for regenerative agriculture. He emphasised the importance of soil biodiversity as an integral part of ecosystem functioning. He outlined how land use can alter the resilience of the soil food webs, with extensive agricultural systems being found to have more complex webs in many cases.

Prof Bardgett gave an overview of how systems with increased plant biodiversity are associated with multiple benefits to the soil, which can include improved aggregate stability, soil biodiversity, and carbon sequestration. He presented some strong evidence in the form of a meta-analysis, concluding that agricultural diversification promoted multiple ecosystem services without compromising crop yield. However, he noted the effects of crop diversity are strongly context-dependant, and as such more research needs to be aimed at understanding this in different agricultural systems and crops.

Dr Bhogal summarised some of the known benefits of inclusion of grass leys and cover crops in arable rotations. Keeping the soil covered with a growing crop during the winter months can have a variety of benefits for reducing nitrogen leaching and soil erosion during that period. She presented some AHDB research which showed that growth of cover crops mixes had some soil structural improvement in comparison to winter fallow.

Addition of grass leys into arable rotations can be of great benefit to the soil, mainly due to longer term ground cover, the reduction in tillage, and the litter/manure return to the soil. Dr Bhogal presented data from several trials which showed evidence of land use change, from grassland to arable, resulted in a reduction in soil carbon stocks.

Currently, one main topic of debate amongst livestock farmers and researchers is about stocking density of grazing animals. Prof Bardgett presented a study in which different stocking densities (Extensive, Intermediate, and Intensive) were monitored for their effects on soil carbon. It was found that the highest carbon stocks are generally found at an intermediate level of grazing. He also presented evidence to suggest that the diversity of the grazing livestock may have an effect on multi-diversity (plant and soil organisms) and multifunctionality of soil functions.

Prof Bardgett presented evidence suggesting that when grazing is removed from grassland management, there is sometimes found to be a loss of above and below ground biodiversity, as well as a drop in carbon stocks in some cases. He summarised his fascinating talk by commenting that the effects of grazers on carbon storage seem to be heavily context dependant. Thus, the optimum level of grazing in grassland systems for soil health improvement is variable.

The webinar was led to a close with a question-and-answer session with some interesting questions being submitted from the large audience.

The full webinar is available to view via the BSSS YouTube channel. 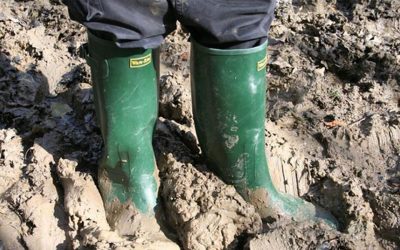 Are you passionate about sustainable soils management? Do you want access to internationally recognised training in soils?... 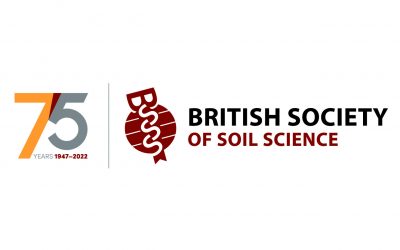 2022 marks the 75th anniversary of the British Society of Soil Science (BSSS); our first meeting taking place on 15 April,...

Progress on the Soil Judging competition, slated to happen in Stirling from 26 to 31 July, continues and there is a...